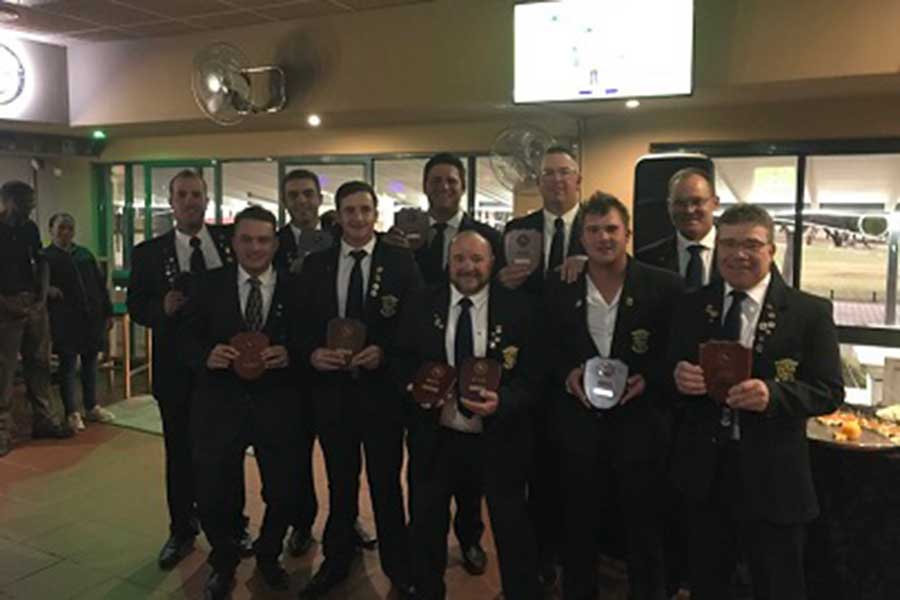 For the tenth time in eleven years, the A Team of Potchefstroom Country Club managed to win the North West Scratch League.
Nine teams from seven clubs started the league in May and the final of the four legs were completed on Sunday 23 June 2019 at Rustenburg Golf Club. In what turned out to be a final, Klerksdorp A squared up against Potchefstroom A with Rustenburg also being in the mix. After the morning foursomes, Potchefstroom A turned 4 – 0 up against both teams meaning that they only needed 2.5 point against both teams to win. In the end Potchefstroom A beat Rustenburg 9.5 vs 2.5 and Klerksdorp 7 vs 5. The team will now re-present the NWGU at the Northern Provinces Gross League finals at the end of July in Gauteng North.
The Executive congratulates Potchefstroom on their victory and thank all the clubs that participated and hosted the events during the season.